Many divers are dreaming of a career in diving. Many find a job as a dive guide in a dive center, resort or on a liveaboard. But there are also other opportunities. Sarah O’Gorman, previously a finance specialist from England, is now a marketing manager for Red Sea Diving Safari in Marsa Alam, Egypt and this is her story.

The beginning of a love affair 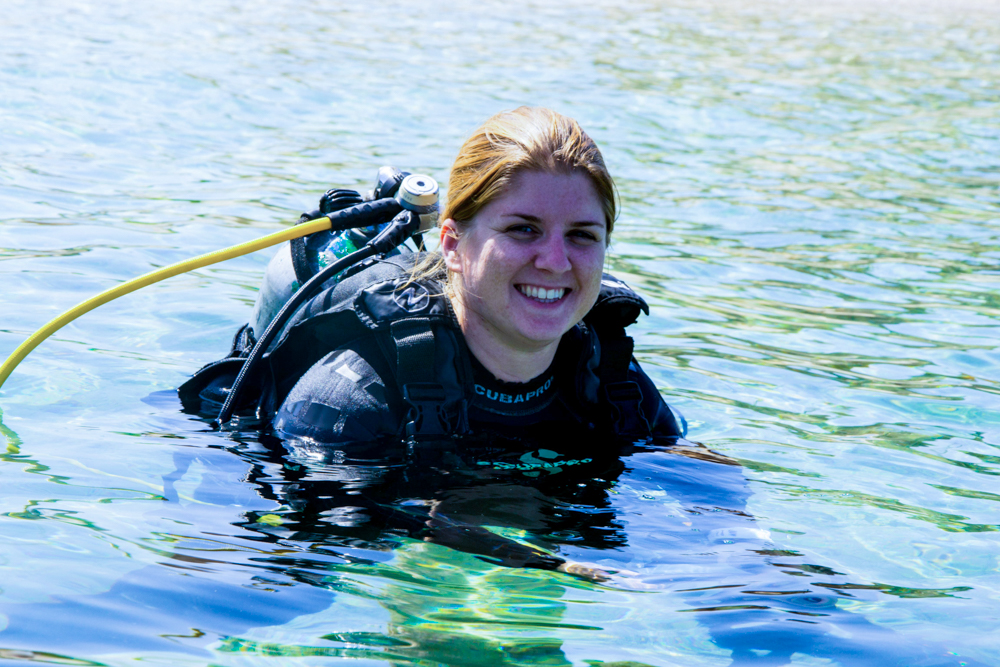 Sarah O’Gorman was a real water baby. From an early age she was introduced to diving by her dad, a Divemaster, who took her diving in the cold lakes in England, to Cyprus and also introduced her to the beauty of the Red Sea. 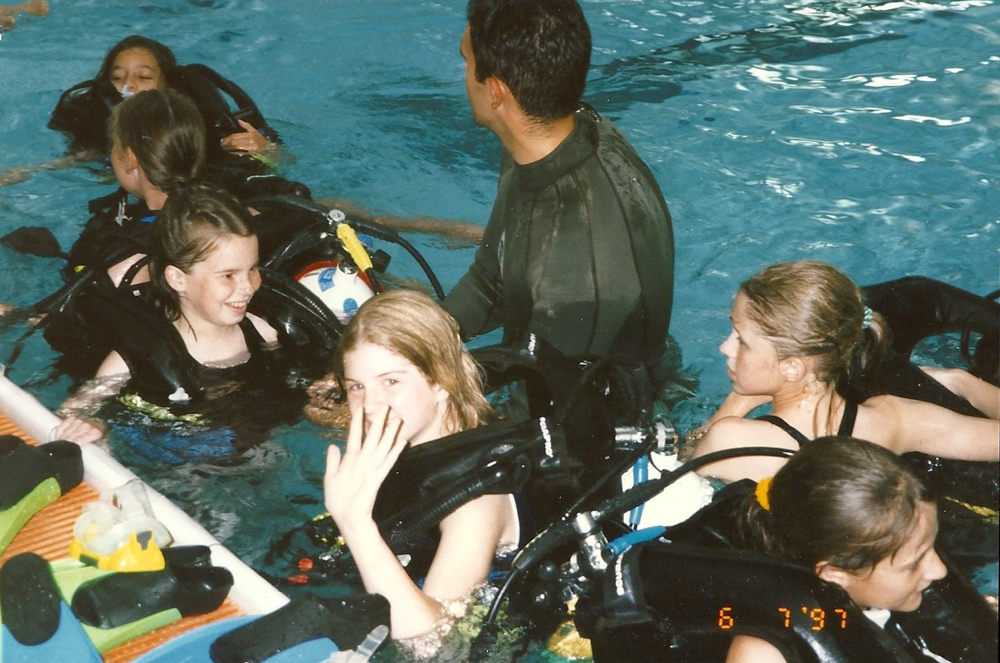 After his death she took a long break thinking she would never want to dive again without him. After graduating from the university with a degree in languages the pursued a career in the finance industry and soon realised that there should be more to life than sitting in an office and crunching numbers and around that time she took up her favourite hobby again: diving. 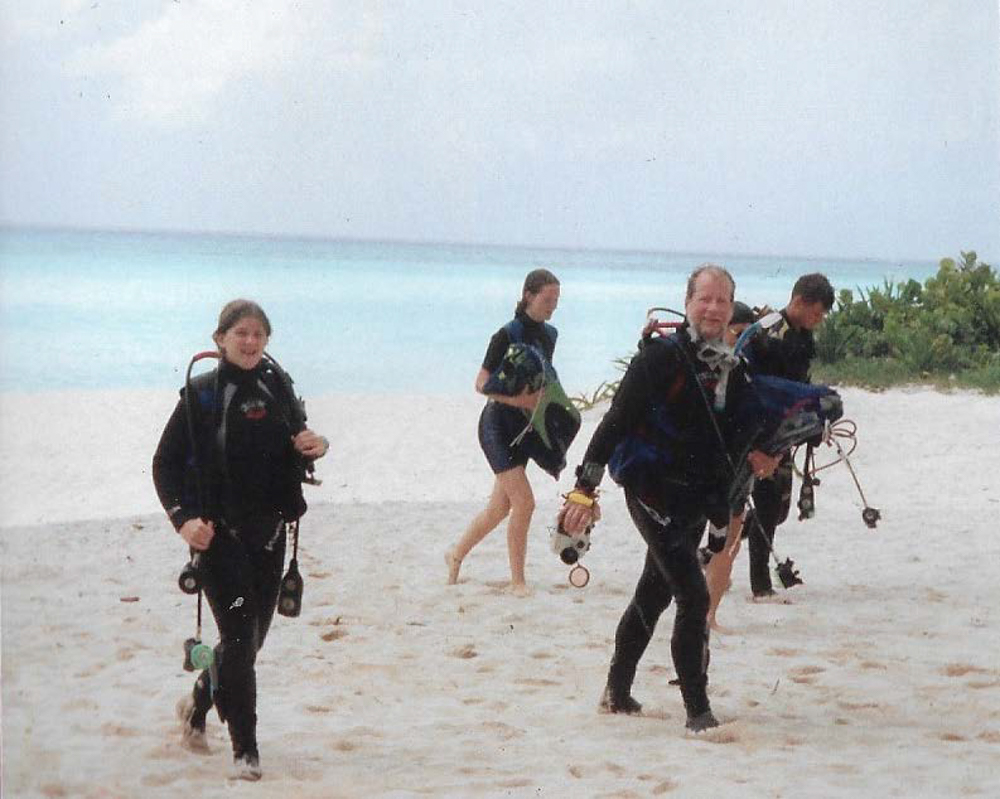 An article in a magazine brought her to Marsa Shagra, one of the Red Sea Diving Safari villages. Every year she used all her holidays to go diving, and even took 8 weeks off one year to do her Divemaster Course. When a job opportunity as an environmental manager opened up with Red Sea Diving Safari she grabbed the chance with both hands and moved out to the Egyptian desert in 2012. 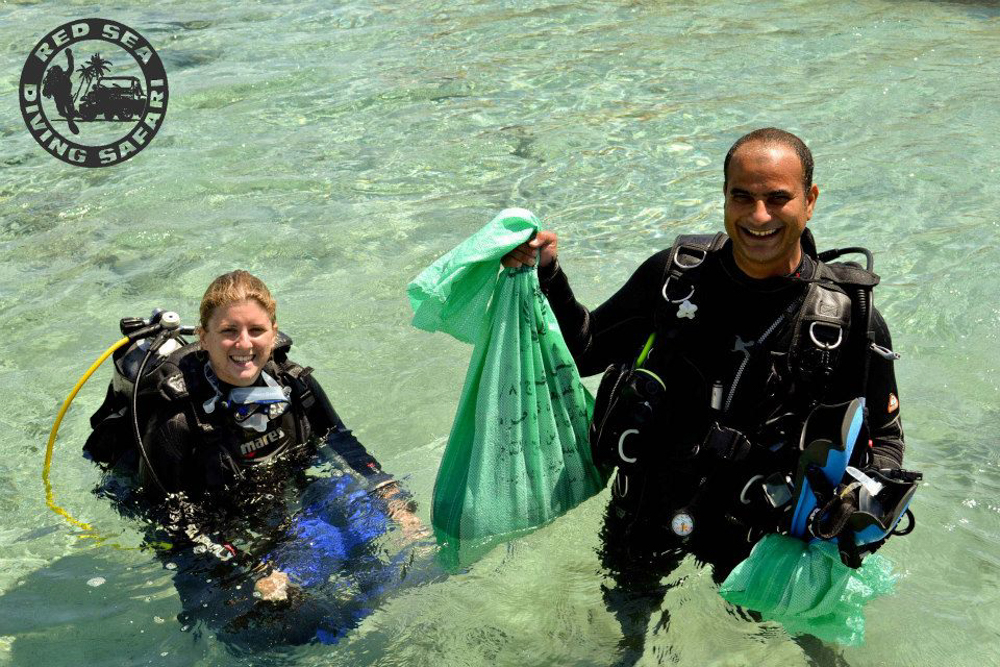 In 2014 she took on a new challenge as a marketing manager for the same company and has been in this position since than. Her love for the Red Sea startet early and developed in to a long lasting reaction ship, that last until today. 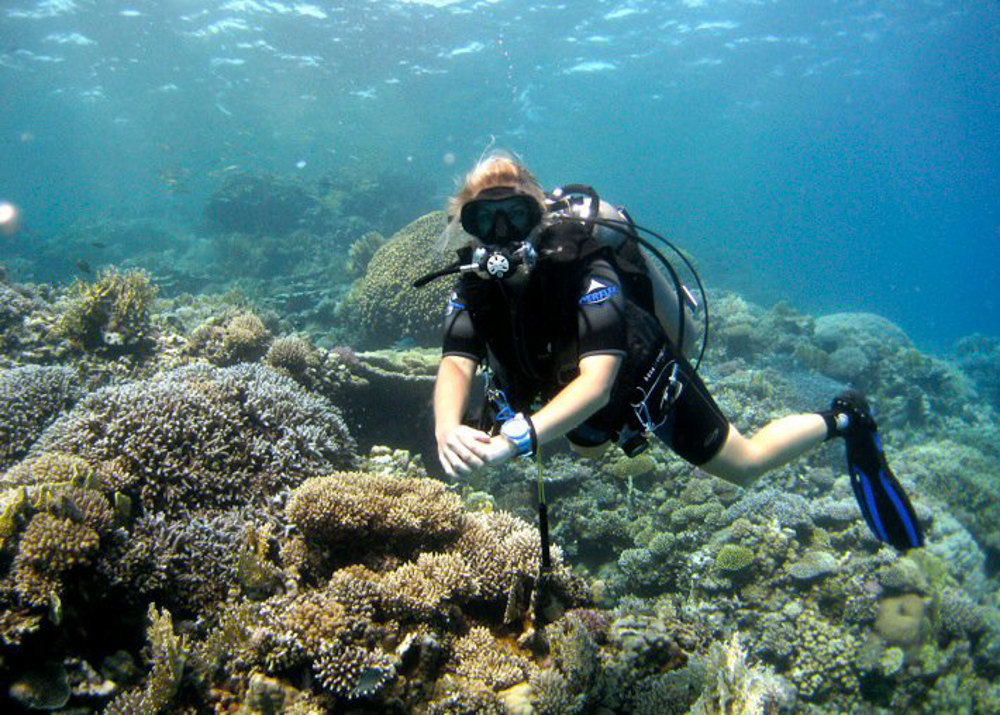 Working in a dream location where other people come on vacation still means working. Despite what many people think she is not sunbathing and diving all day long, she has a job to do. The Red Sea Diving Safari locations are quite isolated and the seven day working week means that when she’s on site it’s all about work and diving. Sarah works alongside the Sales and Marketing Director to establish and implement the overall sales and marketing strategy for the 3 eco lodges and diving centres but her tasks vary hugely from one day to another. One day she might be behind the computer, answering emails from partner tour operators or navigating spreadsheets, and on others she could be out diving with journalists and photographers. During the winter months she travels to Europe to exhibit at some of the dive shows. 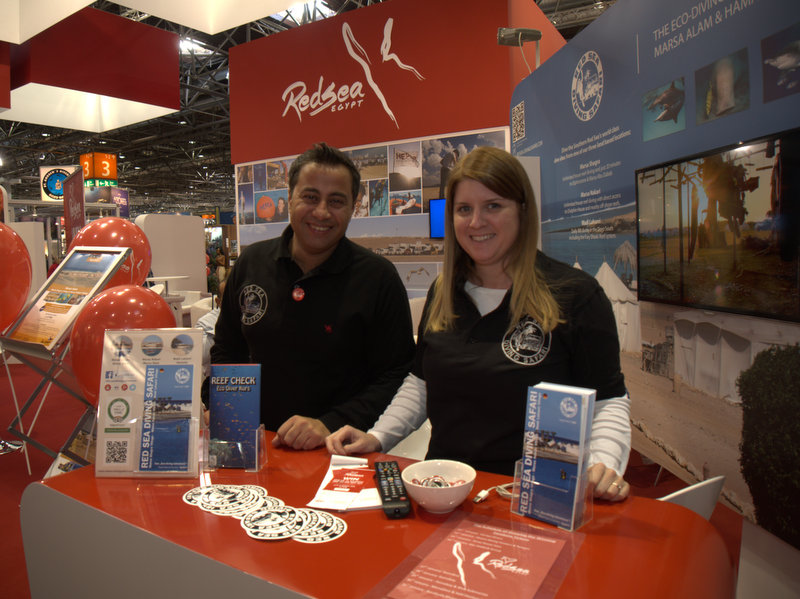 Days in Marsa Shagra are long and busy, but she enjoys the variety of her tasks and the interaction with the guests. The best thing is that she can go diving before she starts her day and with some guests, who became friends over the years, she often sneaks out for a dive during the day. 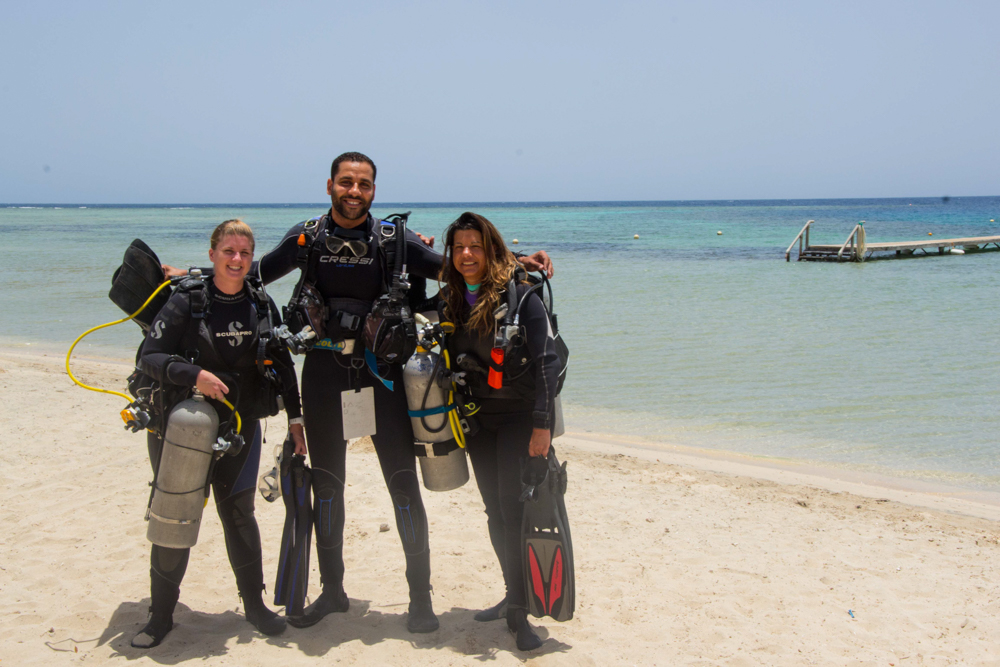 She has always felt very safe in Egypt and does not understand how people think that it is dangerous to live in an amazing country, which has so much to offer. Every now and than she does trips to the city of Hurghada and to the UK to visit friends and family. She enjoys the peace of the desert and having what she considers the best dive spots of the Red Sea just on her doorstep.

For Sarah, the Red Sea is the perfect diving destination, especially the Southern Red Sea, with its untouched reefs, a huge variety of marine life plus the ability to see it all directly from the shore. Her favourite dive site is Marsa Shagra’s house reef, as it feels like home. 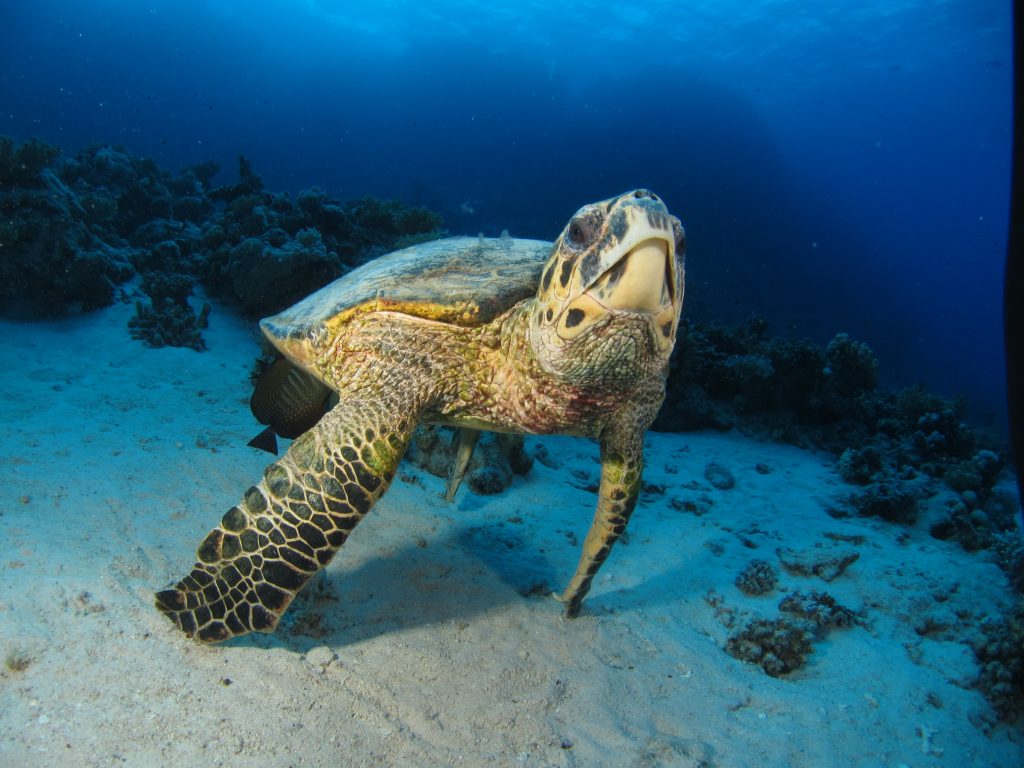 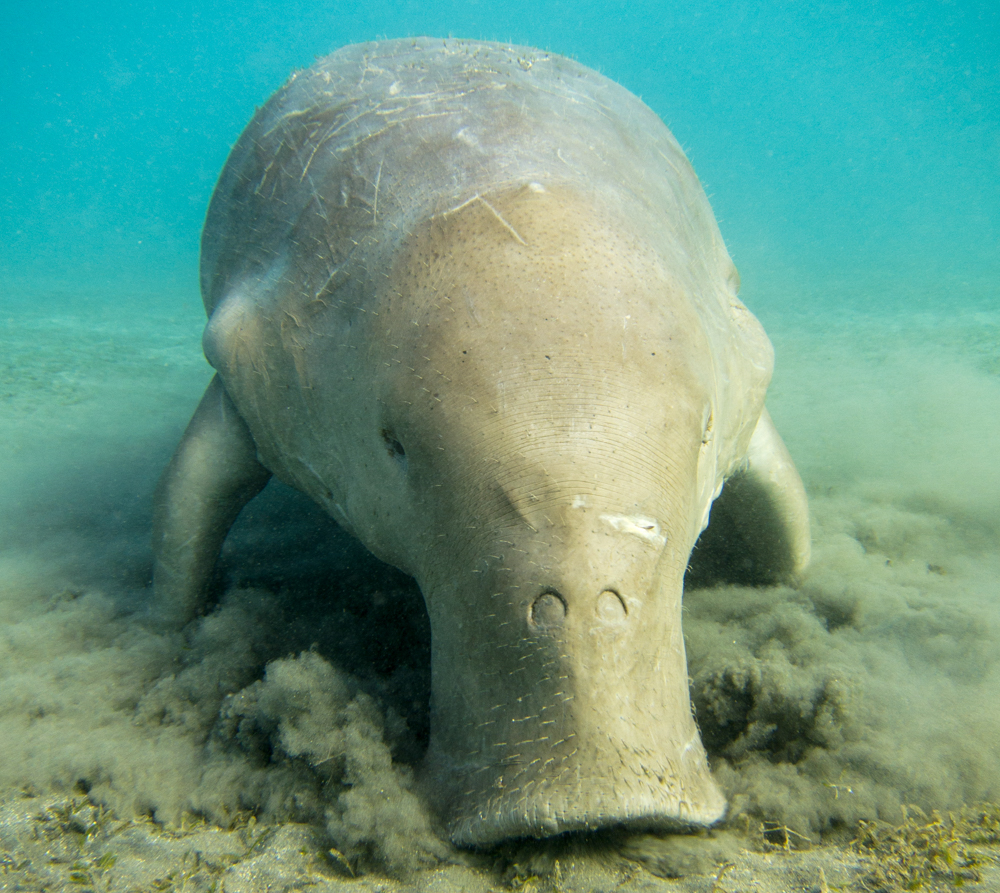 She knows every piece of coral by heart but never gets bored and always finds something new. ‘I love how it changes through the seasons, but also how it feels familiar year after year. I love the thrill of when dolphins show up in the early morning. Despite my dislike of getting up early, nothing beats an early morning house reef dive’. Her other favourite sites are Habili Nakari, Habili el Ghadeer, Elphinstone, Dolphin House and all the Fury Shoals reefs. There are over 60 sites in total that Red Sea Diving Safari offers from the three locations. 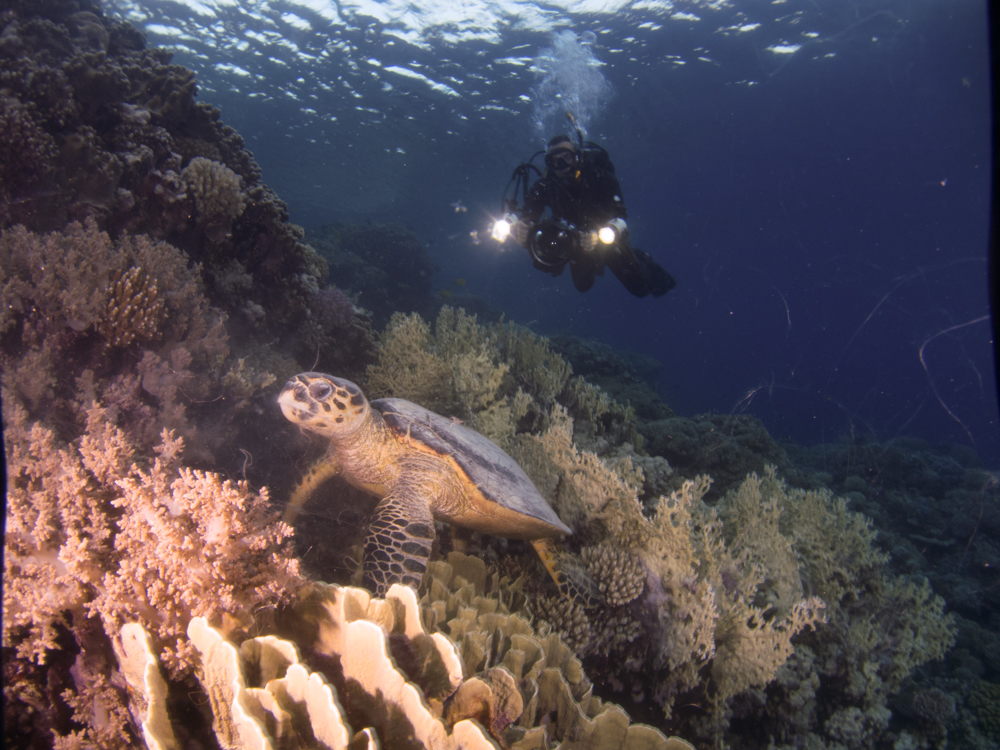 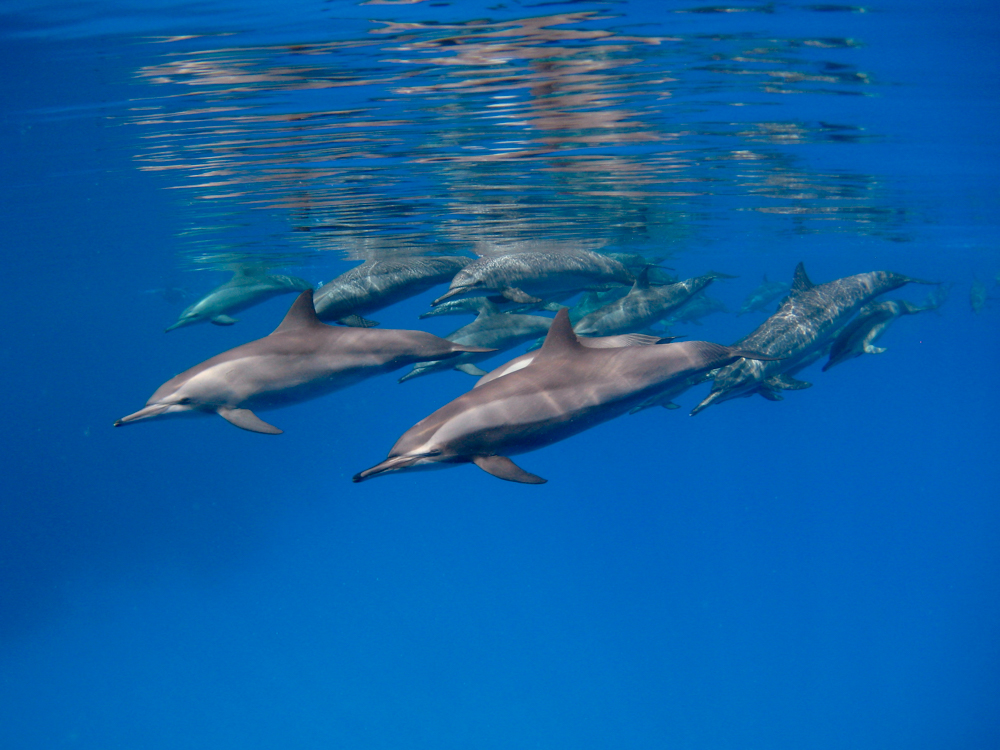 Sarah doesn’t have any plans to move on any time soon, ‘I’m sure some day I will have to leave this place, but I don’t like to think too much about that until it happens!’ but she admits that she never planned to end up where she is today, so who knows what the future holds… 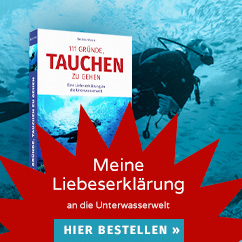